Yankees in trouble with A-Rod in a slump 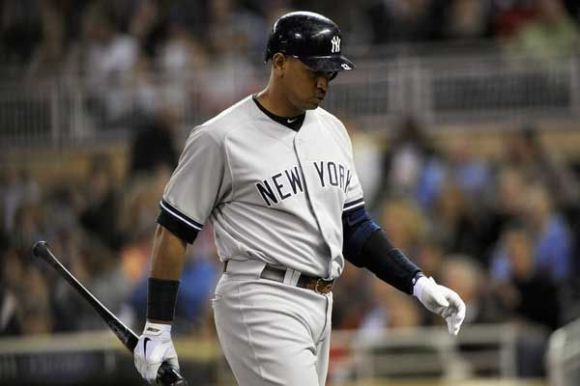 New York is really struggling and is in need of all their star players to be at their best, but Alex Rodriguez is nowhere to be found. A-Rod has not been good this whole post season. Rodriguez is the highest paid baseball player, about 24 million a year, in the MLB and is currently in one of the worst slumps of all. Rodriguez is 0-for-18 with 12 strikeouts. Yankees Manager Joe Girardi decided to bench Rodriguez in game 5 against Baltimore. Showing that he was not happy with the decision but understood it, Rodriguez told media, “Obviously, I’m not happy and, you know, I was disappointed. You want to be in there in the worst way. But I keep telling you guys, this is not a story about one person; this is about a team. We have some unfinished business. Our objective is to win one game and keep this thing moving.” In this 2012 MLB post season Rodriguez was only in the starting lineup 2 of the last 5 games. 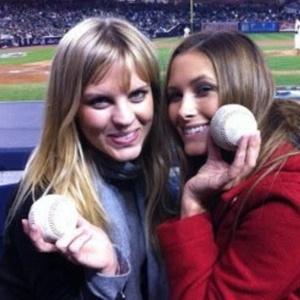 Yet Rodriguez does not seem to be worried about his slump, and at times does not seem to be focused on the game at all. During the ALCS game 1 Rodriguez was seen flirting with a fan. In the 9th inning of the playoff game he was successful in getting this fan’s phone number after signing a ball with a note and giving it to her. The fan was bikini model Kyna Treacy. Ted Leuzarder, a fan that witnessed A-Rod’s act, said, “I originally thought it was the ballboy who was trying to get the numbers, since the girls did look a little young — even for A-Rod.” Ted continued to express he was “not amused.”

A-Rod better get his head back into the game and better start focusing on how he is going to get out of this slump to help his team or the New York Yankees are going to get swept today in game 4. The New York Yankees are paying A-Rod way too much money for him to be so care free during games. A-Rod has 5 more years left on his contract and with his slump being so bad there are already talks about how New York should trade him. I don’t think A-Rod will continue his slump, but I do think the Yankees are done in this post season. I believe the Yankees will keep A-Rod this off-season and see how he does next year.