In the NBA there are a total of 30 teams and only 16 get to go to playoffs each year. There will be 8 teams in the Western Conference and 8 teams in the Eastern Conference that will battle it out for a chance to win the Championship. Playoffs start after the regular season is over, normally around the middle of April.

The first thing you need to understand is how the standings work. Please refer back to my previous blog: NBA Standings 101.

In each conference a team’s final record and their ranking in their division compared to the other teams records and rankings will determine the team’s seed. A seed is a team’s position in the playoffs being number 1-8 in each conference.

Here is a look at how last summers playoffs went: 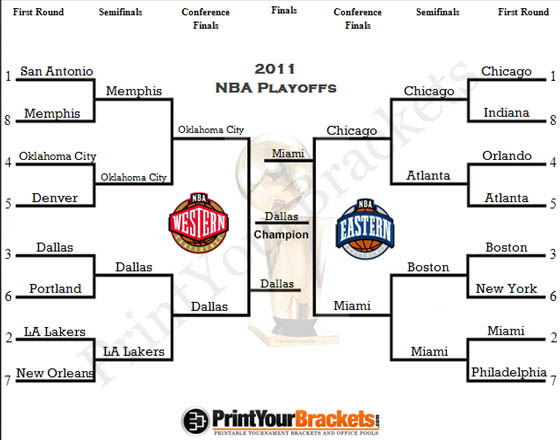 The NBA Champs receive the Larry O’Brien Trophy, and one player will be awarded Finals MVP (most valuable player).